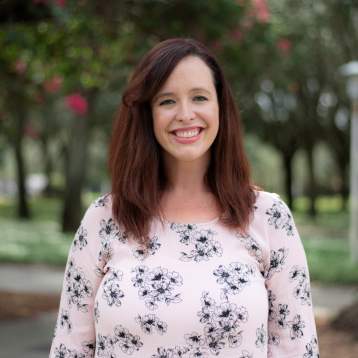 Thank you so much for sharing our concern to reach college students with the Gospel!

Each month I send out a newsletter that contains student testimonies, updates, and prayer requests to my financial and prayer partners. Here you'll be able to find this month's newsletter, along with an archive of past newsletters.

Therefore do not be ashamed of the testimony of our Lord, nor of me His prisoner, but share with me in the sufferings for the gospel according to the power of God, who has saved us and called us with a holy calling, not according to our works, but according to His own purpose and grace which was given to us in Christ Jesus before time began.

With this new spring semester we have seen God do amazing works in the lives of the students on the USF campus. We are excited to share Luchiano’s testimony of how he was drawn to a relationship with Christ.

When I first came to college, I never thought my life would change in the way that it did. It all began when I met a campus minister named Arsenio on move in day, and he asked me to fill out a survey. I come from a church background, and I attended a private Catholic high school for four years. However, my relationship with Christ was never where it needed to be. My first semester of college I made hanging out with friends and being around the men’s basketball team a priority over God. During my first semester, I was never consistent with the times I was supposed to meet up for the Bible study and would make excuses not to come. This went on until the end of the first semester in December. However, over the Christmas break, I realized that I wanted to form a relationship with Christ. That is when I decided to be serious about pursuing God. That spring semester, I met for a Bible study weekly and even twice a week sometimes. As we did the Bible studies, Arsenio began inviting other believers to join us, and one week Grant and Ham joined. Ham shared his testimony with me, and every word he said just hit my heart. I truly felt like God was speaking to me, and on March 21st I knew that I was ready to repent and put my trust in Christ. It has been the best decision that I have ever made. My life has a greater purpose than it has ever had, and I now have a spiritual family to rely on. The greatest part about the journey, is seeing how when my life changed, it also changed the lives of those around me. I am so thankful because I know that whatever I do in life it will be for God’s purpose and for the glory of His kingdom. 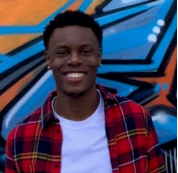 Ministry update: In response to COVID-19, we as a ministry have transitioned all of our outreach online. This includes video sermons, virtual Bible studies, and even worship online! All our individual and group Bible studies are continuing online and we are trusting God to bring a breakthrough of faith in students' lives as we continue to minister to them. There is a great need for the hope of Christ right now and we are making ourselves available as His vessels. Our focus continues to be to evangelize students with the Gospel of Jesus Christ and establish them in a local church as the Holy Spirit leads.